(Natural News)
We have been discussing how the celebration of Joe Biden’s election as a “unifying” and “healing” moment has been lost on many who are calling for blacklists and retaliatory actions against anyone viewed as “complicit” in the Trump period.  Indeed, for years, I have been writing about a rising McCarthyism in our country  and the growing threat to both free speech and academic freedom. This hateful or unhinged rhetoric has on occasion come from law professors, but most academics have retained a modicum of restraint and tolerance.  For that reason, it was disappointing to read a bizarre attack from University of Colorado Law Professor Paul Campus who compared my discussion of possible voting irregularities to Holocaust denial.

Professor Campus writes for a legal site called Lawyers, Guns and Money and clearly took umbrage over my discussion of recent challenges filed over the 2020 presidential election this morning. The segment addressed the recent ruling in Pennsylvania that the Secretary of State violated the law in extending a deadline.  I also addressed President Obama’s comments about how these challenges may be undermining democracy. I noted that confirming the vote count only reinforces democracy, particularly in identifying problems for future elections.

My comments on the software controversy in Michigan was the focus of the posting and generally my statement that we need to review the actual evidence that emerges from these cases. I have repeatedly stated that I do not believe that the current challenges are likely to overturn the election of Biden as the president-elect. However, I have stated that there is no reason why these challenges should not be considered and problems addressed. There have been irregularities ranging from the improper order in Pennsylvania to a small number of identified deceased voters in Nevada to the controversy over the tally error in Michigan.  Again, I have emphasized that these remain localized problems and there remains no evidence of systemic problems that would overturn the results in various states.

On the software, I have addressed the Michigan issue repeatedly in interviews and noted that the votes were given back to Trump and we do not know if such human error occurred outside of that district.  I have repeatedly stated that it was caught and corrected. The Michigan Secretary of State Jocelyn Benson confirmed that an Antrim County clerk reported the glitch that miscounted 6,000 Trump votes as Biden votes. The wrong designation of Trump votes as Biden votes was quickly corrected.  That is why I have repeatedly said that this was not a case of fraud or nefarious purpose. The point is that there is a valid reason to check to see if others made such mistakes of human error. The “vulnerability” of the system was a reference to the fact that there was clearly a stage where the ballots could be wrongly assigned by human error. (In this morning’s interview, one of the hosts repeated that this was human error and stated that this problem had no impact on actual votes. I had already noted that this involved one district and was attributed to human error. The host added that it appears that only five counties had computer issues and only one involved the Dominion software). The reason for noting that Dominion is used in many other districts and states was a reference to the allegations that if system is vulnerable to such human error, it could impact other ballot tabulations around the country.

Campus however ignores the very interview that he references and falsely claims that I am “going on national TV telling lies to promote a paranoid conspiracy theory believed by tens of millions of Americans: that the presidential election was stolen from Donald Trump by massive amounts of voter fraud.”

Every interview that I have given has included a statement that there is no such evidence and that it is unlikely that such evidence will emerge.  However, while some were claiming the absence of serious irregularities within 24 hours of the race being called for Biden, I have noted that we are still waiting to see any underlying evidence in these cases.  At the same time, I have criticized the Trump legal team (in the very interview Campos references) and previously said that it was time for the team to produce claimed evidence. I have also criticized President Trump for his rhetoric.  Indeed, liberal sites have cited my interviews as expressing doubt over the evidence of widespread fraud.

Yet, Campos declared that this commentary amounts to Holocaust denial. (By the way, he includes a tweet from a person falsely suggesting that I failed to reveal that the software in Michigan may actually have been the result of human error. I said expressly in the interview that it appeared to be human error and that there was no evidence of any nefarious purpose. I was not “corrected” by the host who noted that it was human error and one district because I had just stated those facts). I argued that it would be useful, regardless of the findings, to look at the performance of new systems and software:

But we also don’t see the great harm to democracy in guaranteeing that votes were counted. If nothing else, not just for his election but for future elections. This is a very different election. We used new systems, new software; shouldn’t we take a look at that and resolve these questions?”

Campos however called for my termination for stating such views:

To pursue this analogy further, Turley is the kind of mendacious troll who would just ask questions about whether the gas chambers and the death camps really existed, while of course acknowledging that many Jews — maybe even hundreds of thousands! — died because of “harsh conditions” in the concentration camps etc. etc. so you’re actually libeling him by calling him a Holocaust denier etc. etc. (BTW before anybody gets to that I don’t know or care whether Turley himself is Jewish, or whether he lost family in the Holcaust [sic] etc. etc. because the analogy is valid in any case m’kay snowflakes?).

Campos goes on to call for my shunning by my faculty and professors everywhere.  He also notes that I would ideally be fired for such an interview:

“If Turley were a contract faculty member it would be appropriate to fire him immediately for promoting paranoid conspiracy theories directly related to his area of purported professional competence…. It’s s tricky question, but it’s a real one, and Turley should at a minimum be excoriated and shunned by anyone in legal academia in possession of a brain and a conscience.”

We have been discussing efforts to fire professors who voice dissenting views of the basis or demands of recent protests, including an effort to oust a leading economist from the University of Chicago as well as a leading linguistics professor at Harvard.  It is part of a wave of intolerance sweeping over our colleges and our newsrooms.

It is therefore an ironic moment as someone who has been writing about the growing intolerance of dissenting views on our campuses and efforts to fire academic.  Some have been targeted for engaging in what is called “both sides rhetoric” rather than supporting a preferred narrative or viewpoint.

Campos is arguing that it “would be appropriate to fire” any professor who stated that we should allow these challenges to be heard even though they have not and are unlikely to produce evidence of systemic fraud to overturn these results.  That is a view of academic freedom and viewpoint tolerance shared by some in academia.

I am not the first academic that Campos called to be terminated for his views. In the end, I would defend Campos in his posting such views. Unlike Professor Campos, I do not believe that he should be fired for holding opposing views or even calling for others to be fired. That is the cost of free speech. Indeed, Professor Campos is the cost of free speech.

Notably, CNN Legal Analyst and Stanford Professor Rangappa has sent out a link for people to contact the law school over my interview, presumably to follow up on the calls for my termination.  Just for record, I have criticized Rangappa previously for doxxing a student who criticized her and a baseless attack on Nikki Haley. She has also called for sanctioning Trump lawyers. 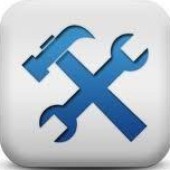 MORE evidence: It looks like Biden outperformed only in counties that used…